Middle sea race: we’re not done with you!

Arriving two weeks before the start, as one of the first boats in Malta, Kings’ Legend was a well prepared boat without any real stress: More than ready for the Middle Sea Race 2021. This year we wanted to finish the race, unlike last year where King’s Legend had to retire in Palermo. With the full crew arrivin 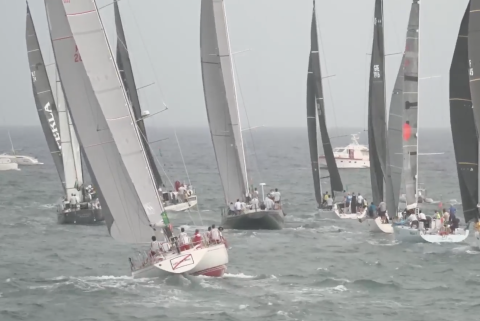 g five days before the race, there was time for some training days on the water, for this group of twelve individuals to get to know each other and start to anticipate on what was to come. Our crew consisted of different nationalities and ages: Italian, Dutch, British, between 18 and 60 years old, men and a woman. Two watches; the port and the starboard one, six persons each. Different sailing experiences, motivations and opinions, but all of that together made us one team: The Kings’ Legend race team for the Rolex Middle Sea race 2021. A team ready to sail 600 miles together, on for most an unknown boat. We had no idea how it would go, how the spirit would be, if there would be any incidents or breakdowns, how people would act towards one another after little sleep and maybe some hunger. We had only met each other five days before the race, anything was possible! 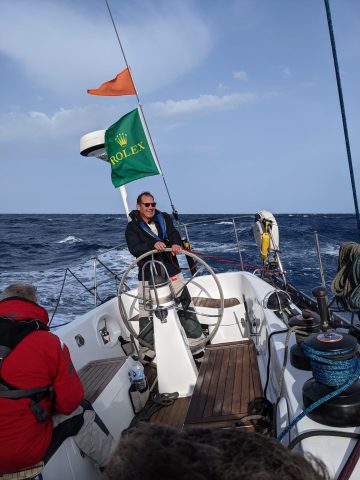 Some of the concerns proved unfounded; there weren’t any big discussions, wasn’t any real hunger and nobody got (too) irritated. We had the most amazing food prepared by three of the crew, among which our Italian guy. Every day there was a warm dinner; rice and sauce, potatoes with beef and a pasta! A great move for crew morale! However, it was still a tough race, especially during the sail changes, when multiple people had to work together to flake a wet, heavy, sturdy sail on a bumpy foredeck. A foredeck where every three minutes a salty wave is washed over you. Every layer under my gear was wet, eyes were burning and the lifeline connected to the deck could easily get stuck under the sail. It was a moment for focus, teamwork, personal safety and quickness. After that, the watch would end and it was time to get some rest and something to eat. Then when you finally lay down in your bunk, the only thing you would be thinking is: Let’s hope my shirt is dry by the time I have to get up again in three hours!

Everything went rather smooth, but unfortunately we had some problems with the rudder halfway during the race. At a certain point it would be a two man job to turn the wheel (and for the non-sailors, that is not a good sign)! We checked everything we could whilst sailing, but couldn’t identify the exact problem yet. In addition, there was some water leaking into the aft compartment through the rudder gland. Things were serious, and so we prepared all the pumps we had available, ready for the worst case. After a good talk, it was decided that it would be irresponsible to continue the race. Even more so after checking the weather forecast; we could be sailing into 40 knots of wind if we continued. We made the wise decision and informed the race committee that Kings’ Legend would be retiring the Middle Sea Race again (ouch!)…In the moment I felt very sad, but after we ate two packs of Maltesers, I could accept the situation, and focus on the next challenge: to sail carefully without too much pressure on the rudder to the next harbour: Palermo! We aren’t done with this race, we will end it next year!